Aren’t we all little devils once in a while? Well, now is the time to bring yours out on this slot from Amatic. With stacked symbols, locking wins and respins galore, it will show whether you have what it takes to join the Lucky Little Devil on his journey to score wins of up to 150,000 coins or 500 times your bet on a single spin.

Lucky Little Devil is a video slot with five reels, three rows, and 10 pay lines. Players can spin from as low as 0.10 credits up to a maximum of 300.00 credits. The medium-variance game has an RTP of exactly 96% and can be played on desktop or mobile devices.

As you would expect, the visuals are all in red hot colours with a devilish touch. The rest of the design is rather simplistic. Flames surround the game window while a generic soundtrack is interrupted by a deep voice announcing the respin feature. 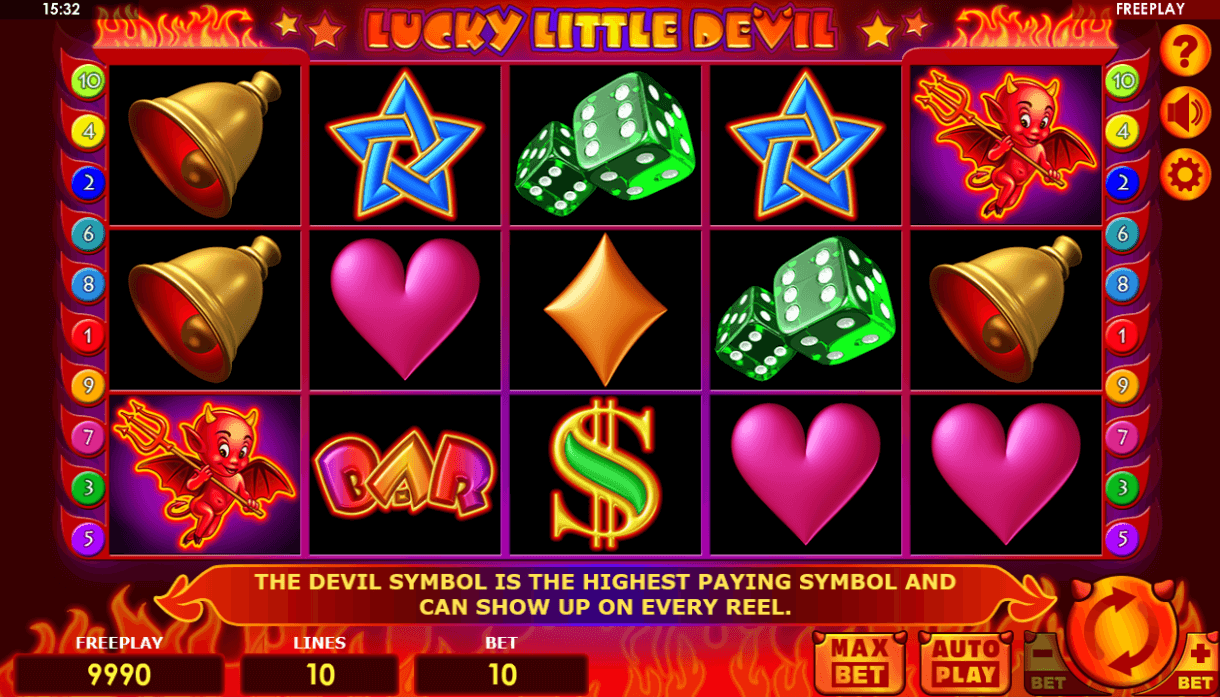 The usual card suits – clubs, diamonds, spades, and hearts – make up the low-paying symbols with a single five of a kind returning five times your stake. The high-paying symbols are stars, bells, bars, dice, dollar signs and lucky sevens. The premium symbol is the trident-wielding little red devil. A single five of a kind of the latter will award a win of 50 times the bet. The game does not have scatters nor wild symbols as the features by a winning spin or consecutive respins.

The Devils Morph feature is the only way to big money on this game. It will trigger after seven consecutive respins and turn all winning symbols into Lucky Little Devils. Pays are evaluated after all features have concluded. A full screen of the top-paying symbol would award the maximum win in a single spin of 500 times your stake.

Hot as hell or cold as ice? Not really convinced that this is an exciting game, to be honest. However, the low variance and frequent triggers of the respin feature should provide for long gaming sessions, even on a smaller budget. It only fires up properly when the Devil’s Morph feature is awarded, any other times you will see smallish to medium wins only, that will keep you going for a little while longer.