After spending decades in the iGaming industry, three veterans came together in the heart of the Midlands, UK in 2015 to form a new game studio and fulfil their dream of creating their own gaming content that would bring a fresh breeze into casino lobbies. They were off to a flying start, offering a large variety of services including consultancy, software development and game design in C++ and HTML5. 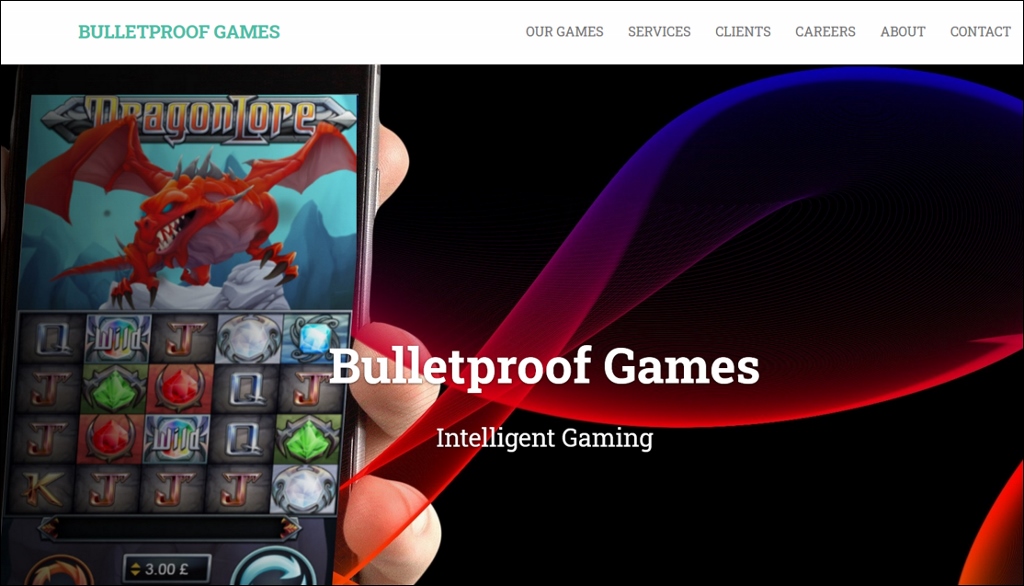 The first years were spent doing mainly contractor work in support of some of the larger game developers such as Playtech and Leander Games. With two of the three founders hailing from gaming giant Inspired Inc., they also completed work for their previous employer. It wasn’t until 2018 when they released their first slot under their own name. Called Dragon Lore, it was released in October 2019 on the Leander Games platform, a feature-rich 5×3 games with a win potential of up to 2,500 times the bet. It fields an RTP of 95.97% and a betting range from 0.20 to 40 credits.

More elaborate creations followed as they ramped up the games development, adding three new games in 2019 – Diamond Symphony, Iron Forged and Blackbeard. This was followed up in 2020 with Black Lotus and Tiki Runner, the latter proving to be their most popular title to date.

Unbeknownst to most, Bulletproof Games has signed responsible for many bespoke slot machines listed under the Originals series at casinos of The Rank Group including Grosvenor Casinos and Mecca Bingo. Thanks to their partnership, their games have gone beyond the UK borders, reaching a wide audience which was even further amplified through The Rank Group’s Spanish online gaming site Enracha.

The team around CEO Craig Ball, CPO Michael Bullock and CFO Steve Arkell strives in creating games with a deeply captivating and entertaining experience. The three founders have a total combined experience of over 30 years in a variety of positions in the iGaming industry, giving them a good understanding of what players expect from a slot. We will most probably hear more from this upcoming provider.